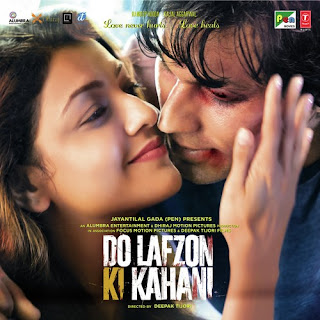 Do Lafzon Ki Kahani (English: A Story of Two Words) is a 2016 Hindi-language romantic drama film written by Girish Dhamija and directed by Deepak Tijori. Produced by Dhaval Jayantilal Gada under his banner Pen India Limited, it features Randeep Hooda and Kajal Aggarwal in the lead roles. It is a remake of the 2011 Korean movie Always, which was previously adapted in 2015 in Kannada as Boxer. The filming locations included Kuala Lumpur, Malaysia and India. The film released worldwide on 10 June 2016.
Songs