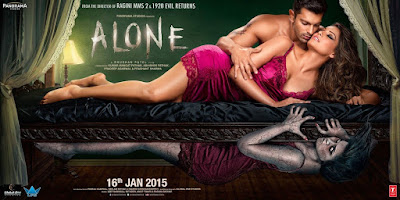 Alone is a 2015 Indian horror film directed by Bhushan Patel, starring Bipasha Basu and Karan Singh Grover. The film is a remake of the 2007 Thai film of the same name, which was also remade in the south in 2011 with a film by the name Chaarulatha. The film received generally negative reviews. The music was composed by Ankit Tiwari, Mithoon, Raghav Sachar and Jeet Ganguly.
Songs