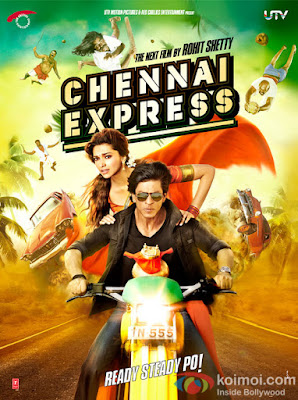 Chennai Express  is a 2013 Indian romantic action comedy film directed by Rohit Shetty, and produced by Gauri Khan for Red Chillies Entertainment. The film features Shahrukh Khan and Deepika Padukone in lead roles; it is the second collaboration between Khan and Padukone after Om Shanti Om (2007). The film is about a man's journey from Mumbai to Rameswaram, and what happens along the way after he falls in love with the daughter of a local don.
Songs