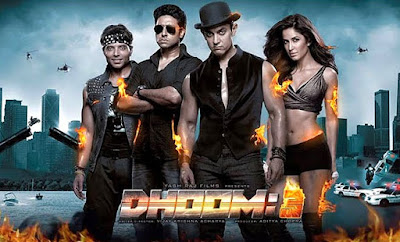 Dhoom 3 is a 2013 Indian action film, written and directed by Vijay Krishna Acharya and produced by Aditya Chopra. The third installment of the Dhoom series, it features Aamir Khan as the antagonist and Katrina Kaif, with Abhishek Bachchan in the lead role reprising his role of ACP Jai Dixit and Uday Chopra reprising his role as Ali Akbar, as in the previous films of the franchise.
Songs