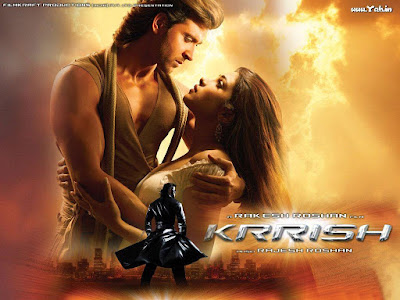 Krrish  is a 2006 Indian science fiction superhero film directed, produced, and written by Rakesh Roshan, and starring Hrithik Roshan, Priyanka Chopra, Rekha and Naseeruddin Shah. It is the second film in the Krrish series, being the sequel to Koi... Mil Gaya, and relates the story of Krishna, the son of the previous film's protagonists, who inherits his father's superhuman abilities. After falling in love with Priya, he follows her to Singapore, where he takes on the persona of "Krrish" to keep his identity secret while saving children from a burning circus. The film is inspired from the Hollywood film Paycheck.
Songs