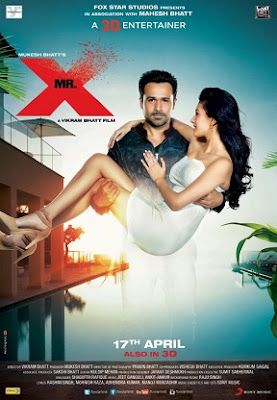 Mr. X is a 2015 Indian 3D science fiction vigilante thriller film directed by Vikram Bhatt, written by Shagufta Rafique, and produced by Mukesh Bhatt. The film stars Emraan Hashmi and Amyra Dastur. The film revolves around a man who gains the power of invisibility, and becomes a vigilante to take revenge on those who have wronged him.
Songs