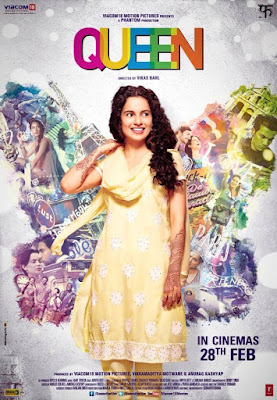 Queen is a 2014 Indian comedy-drama film directed by Vikas Bahl and produced by Anurag Kashyap, Vikramaditya Motwane, and Madhu Mantena. The film stars Kangana Ranaut in the lead role, with Lisa Haydon and Rajkummar Rao playing supporting roles. Rani, an under-confident Punjabi girl from New Delhi embarks on her honeymoon to Paris and Amsterdam by herself after her fiancé calls off their wedding.
Songs