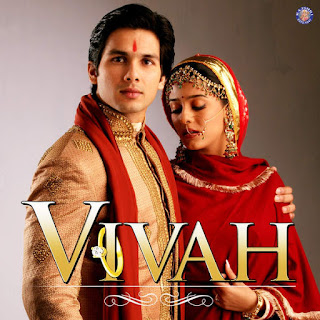 Vivah (English: Marriage) is a 2006 Indian romance film, written and directed by Sooraj R. Barjatya. Starring Amrita Rao and Shahid Kapoor, it was produced and distributed by Rajshri Productions. Vivah tells the story of two individuals, and relates their journey from engagement to marriage and aftermath.Vivah is the fourth film to feature Shahid Kapoor opposite Amrita Rao. The film was released on 10 November 2006, and became one of the biggest commercial successes of the year.