Once Upon A Time In Mumbaai Dobaara (Movie Songs) 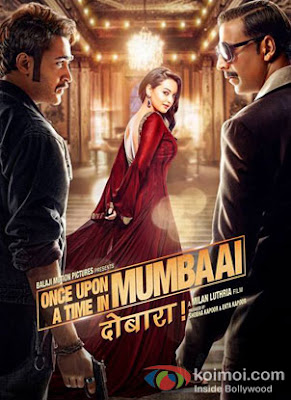 Once Upon Ay Time in Mumbai Dobaara!  is a 2013 Indian gangster film directed by Milan Luthria and produced by Ekta Kapoor and Shobha Kapoor. A sequel to 2010's Once Upon a Time in Mumbaai, the film stars Akshay Kumar, Sonakshi Sinha and Imran Khan in the lead roles, with Sonali Bendre in a supporting role.
Songs