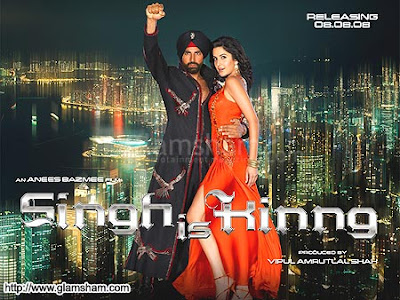 Singh is Kinng is a 2008 Indian action comedy film. Directed by Anees Bazmee, the film stars, Akshay Kumar and Katrina Kaif in lead roles. The film also featured a music video with Snoop Dogg. Released on 8 August 2008, a major part of the shooting was done in Australia. Akshay Kumar was also nominated for the Asian Film Awards under the Best Actor category for his performance in the film. Singh is Kinng was declared Superhit by Box Office India.
Songs