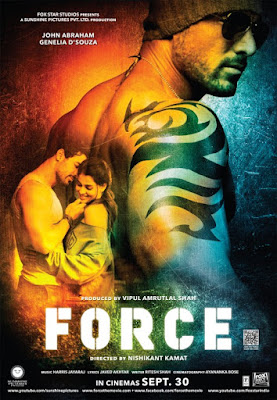 Force is a 2011 Indian action thriller film directed by Nishikanth Kamath, starring John Abraham opposite Genelia D'Souza in lead roles. It is a remake of Gautham Menon's successful 2003 Tamil film, Kaakha Kaakha Starring Suriya and Jyothika in lead and is about a dutiful cop who chases the capture of a dreaded gangster.
Songs